About this gig, Jazz.pt wrote:

The evening continued with Ondness duo’s debut with Pedro Lopes. Ondness is a heteronym of Bruno Silva, who has brought such diverse projects as the Canzana, Bandeira Branca and Sabre, among others. Pedro Lopes (Eitr, Whit, etc.) comes from the improvisation school of Cascais’ line, which raised the quality standards of the Portuguese scene. Like their colleagues who performed the night before (Sousa and Ferrandini), this “turntablist” is characterized by a relentless delivery to time and balance between hyperactivity and Eastern philosophy, like judo-man do when they take external forces without much sweat. Bruno Silva remained Buddhist, dancing to helm of the computer and launching the base ambient/techno. There was music of the now, and we only pity that we did not known earlier of this collaboration between man of “tapes” and the man of “tables”. (translated from the original) 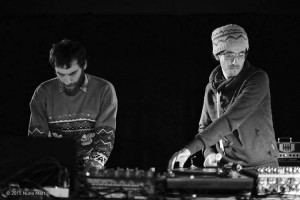 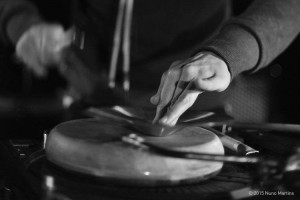 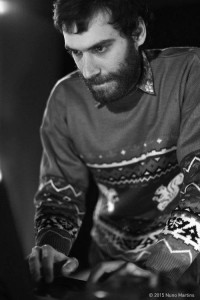 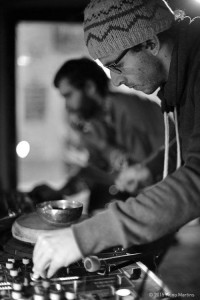